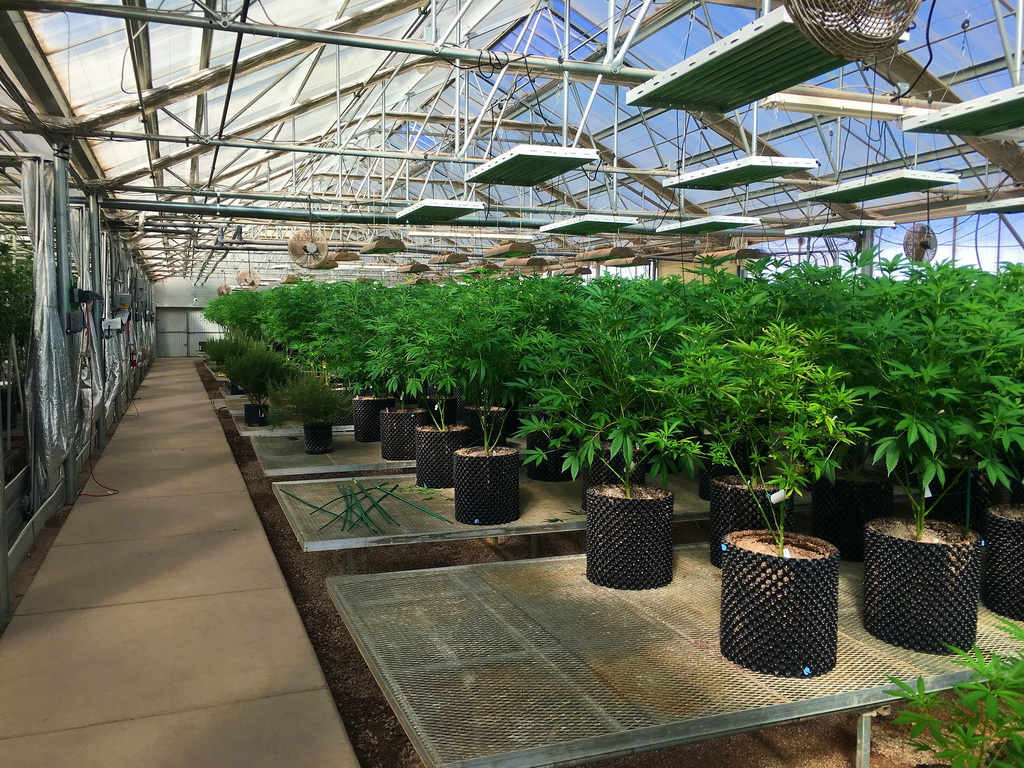 Forbes recently identified cannabis production as the fastest growing industry in the country right now, and Agra Tech, Inc. (ATI) of Pittsburg, CA, one of the leading manufacturers of commercial greenhouses in the Western US, is ready to be a leader in this burgeoning business sector.

Recently, Ultra Health in New Mexico, ranked No. 1 on the Business First’s list of Medical Marijuana Companies in the state, expanded its operation in Bernalillo when it re-purposed a 22,000 sq. ft. Solar Light greenhouse and 10 Thermolators from ATI that are critical to meeting their market demands. 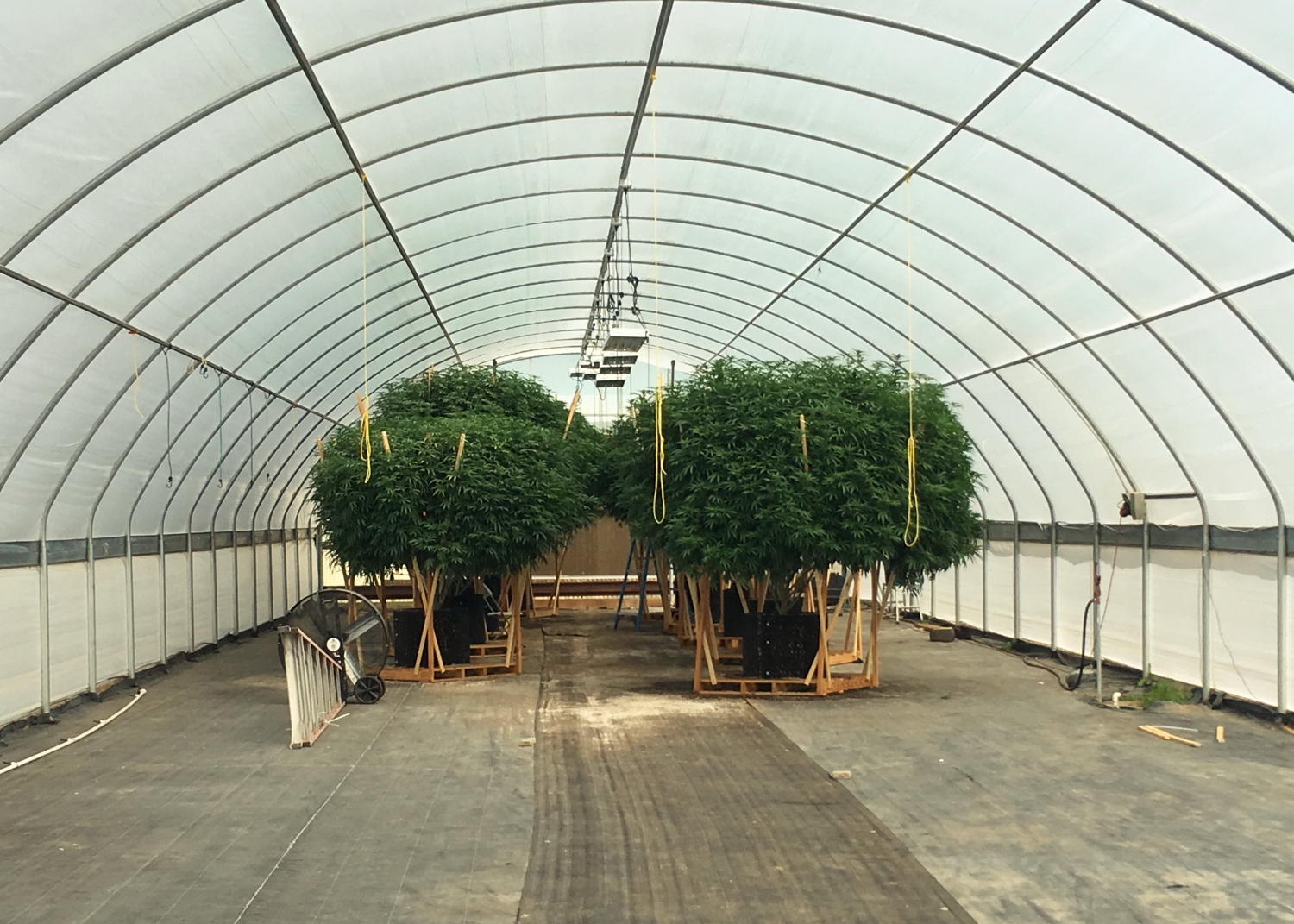 When Ultra Health bought their campus in Bernalillo, the 11 ATI greenhouses were already on the property. But, they were equipped for bedding plants, so they converted them to grow cannabis. Because they were so pleased with the results, Ultra Health contacted ATI to discuss future greenhouses. As a result, they will be building a second Solar Light greenhouse as their new campus in Tularosa, NM in the very near future.

Currently, Ultra Health operates 10 medical cannabis dispensaries in New Mexico, including four in Albuquerque and single stores in Bernalillo, Santa Fe, Clovis, Alamogordo, Silver City and Hobbs, in order to enable the state's residents to conveniently access the healing and curative qualities of medical cannabis. Each location carries a wide variety of medical-grade cannabis strains, cannabis edibles, cannabis concentrates, cannabis topicals, THC and CBD products including CBD oils, CBD vapes, CBD tinctures as well as a selection of glassware and vaporizers, according to its Director of Cultivation Eric Howard.

Ultra Health is expanding as they prepare for the legalization of cannabis for social use and large-scale hemp production in New Mexico. In 2017, the company earned $10.5 million in total revenue, as reported by Business First.

It's an exciting time for Ultra Health, as the company is presently selling as much cannabis as it can grow, Howard said. "We are constructing our new cultivation site, Ultra Health Tularosa, on 200 acres of farmland in Otero County. When completed, it will be largest cannabis cultivation campus in North America, featuring more than 8.7 million square feet of cultivation space.” 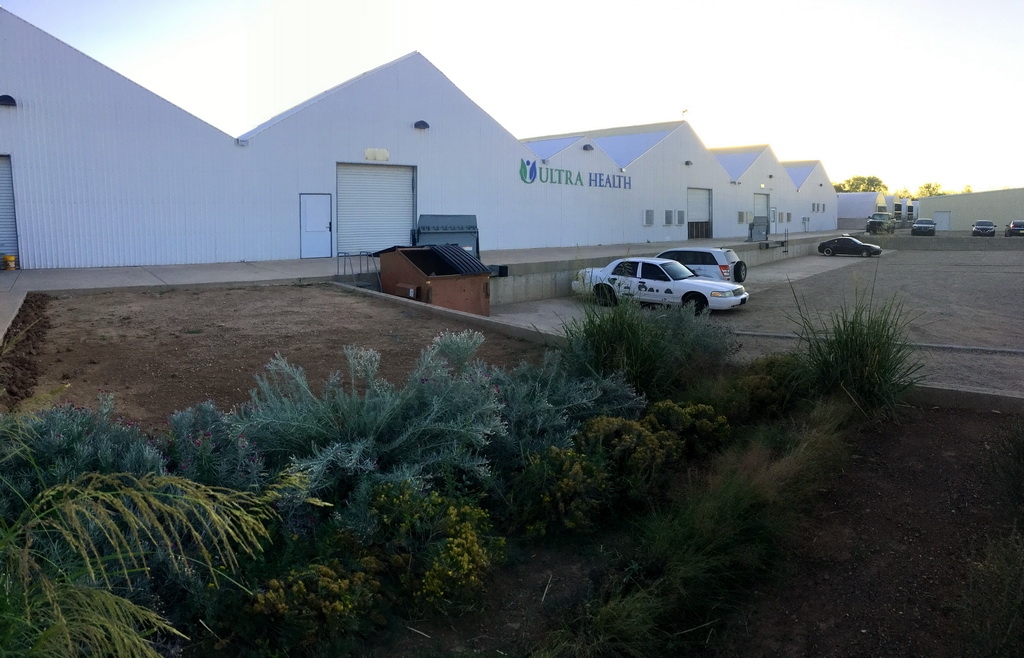 Ultra Health is also currently developing a site that will include 20 acres of indoor cultivation, 80 acres of outdoor cannabis fields, 100 acres of outdoor hemp fields and 120,000 square feet of production buildings in Tularosa, NM.

The company says the new facility will have the capacity to accommodate other licensed producers in New Mexico and reportedly employ 100 local residents. New Mexico became the 12th state to legalize the use of regulated medical marijuana with the Lynn and Erin Compassionate Use Act in 2007, according to the NM Department of Health. There are 35 licensed nonprofit producers of medical marijuana presently operating in the state.

Ultra Health also says it aims to lead in sustainability by integrating modern agribusiness and green technologies, including solar, wind and rainwater harvesting. The sustainable site will take advantage of natural sunlight and secure water rights to 1,000 acre-feet of water, equivalent to 325.9 million gallons of water per year, according to the release.

In an attempt to redefine the cannabis dispensary experience, Ultra Health also recently announced the establishment of another upcoming venture — Ultra Health’s Emporio in Albuquerque — which will include a live cannabis plants display, cooking with cannabis demos, film screenings on the history of cannabis, a hemp boutique, gift shop and on-site medical certifications.

Howard is delighted to be working with ATI on a series of greenhouse projects and anticipates a robust ongoing partnership between the two companies for many years to come. "ATI is a leader in the greenhouse manufacturing industry with decades of experience and an excellent track record, so that's why we initially contacted Adam Pound at ATI," Howard said. "We have also worked extensively with the company's Owner John Pound and Anita Pound to facilitate these projects. New Mexico hasn't yet approved cannabis for recreational use and we don't know when it will, but when the time comes, we want to be in the right place and partnering with ATI is a huge part of that." 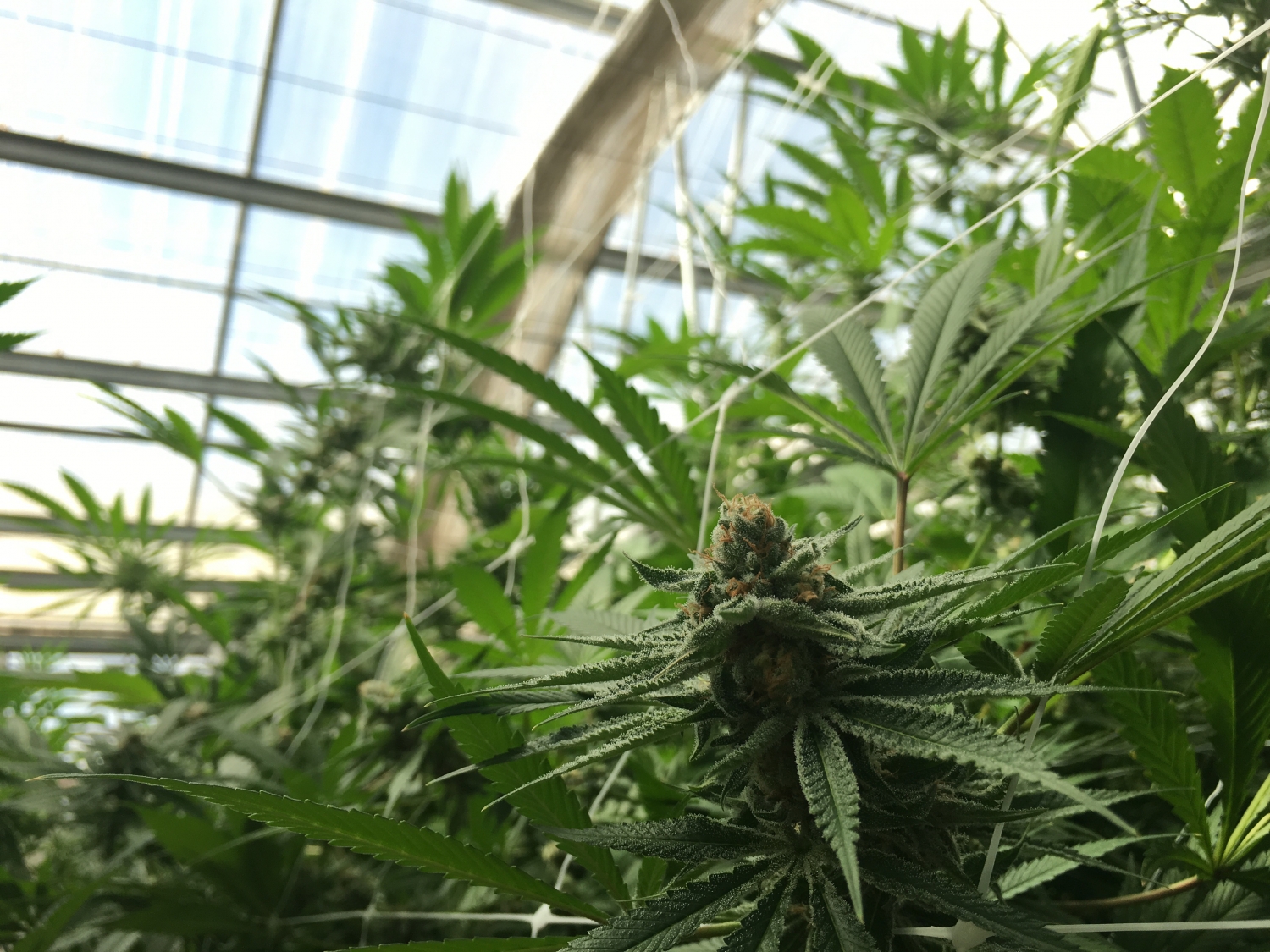 Howard is impressed by the performance of the Solar Light greenhouse they are using at their Bernalillo campus and looking forward to purchasing more for their new Tularosa location. "By using the temperate climate in New Mexico and using the soil instead of growing their plants hydroponically, our ATI greenhouses are less elaborate, but just as productive as anything else we could use," Howard said. "It does not get too hot or too cold here, so we are able to slightly modify the conditions and grow some great plants. In the very near future, we hope to also grow hops, hemp and wine grapes using these same greenhouses as we continue our expansion."

ATI's Director of Sales Adam Pound values his relationship with a leader in cannabis cultivation as his company enters a whole new age. "I’ve worked closely with Eric and the Ultra Health team for many years on the Bernalillo campus and other projects and it’s very exciting to be a trusted vendor and partner in their success. The caliber of product they produce is incredible and ATI has been a leading force in the greenhouse manufacturing industry for decades, so it's an ideal match. We have worked selectively with cannabis growers and system providers for 10 years, so we are excited for the future and looking forward to being a part of a young industry that’s eager for education and covets efficiency." 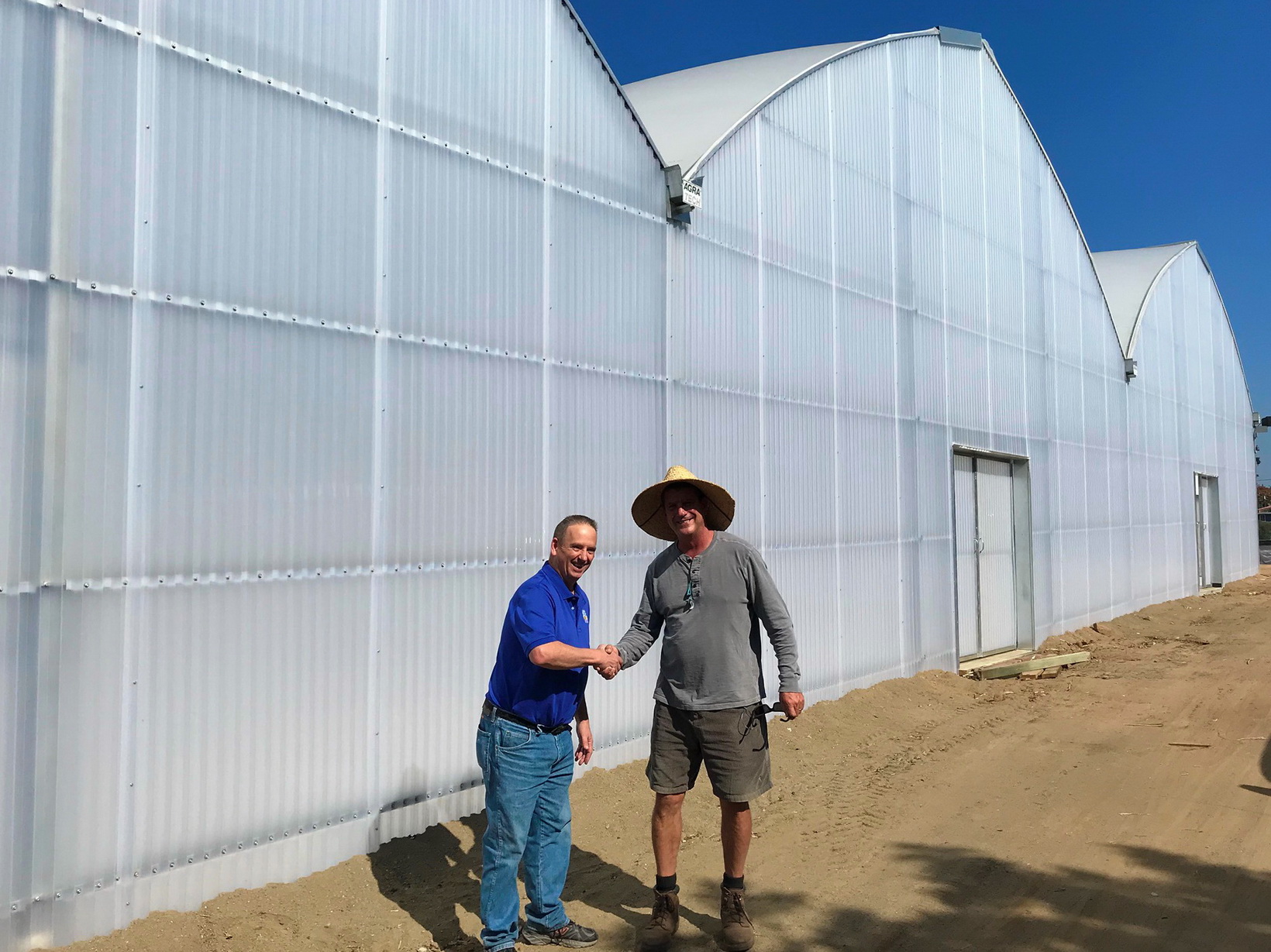 "Jim Bergantz is our rep at ATI and he was incredible,” Thorpe said. “We started literally from scratch here and he definitely taught us a lot. He explained the greenhouse operation to us, and offered us several options, depending on how we use it. Whenever we have any questions, Jim gets us the right answers promptly, which is instrumental to our success.”