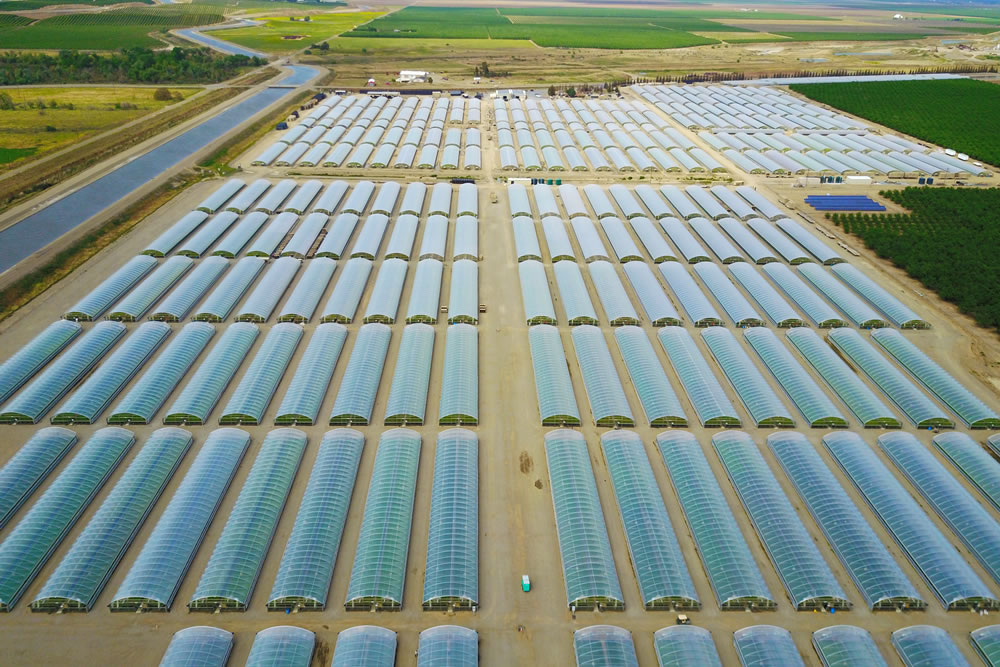 Greenhouse Plastics: It’s All in the Film

Jim Ralles, the owner of ARI in Belmont, CA knows the greenhouse film (or plastic) market inside and out, because he’s been working with greenhouse plastics since he was a teenager, he said. He shared his knowledge and expertise with these products, which are used extensively by Agra Tech, Inc., a manufacturer of commercial greenhouses that are used by growers worldwide. Because the right type of film can maximize growing and thereby increase profits considerably, Ralles explained the different types of greenhouse film and the basic concepts behind each. 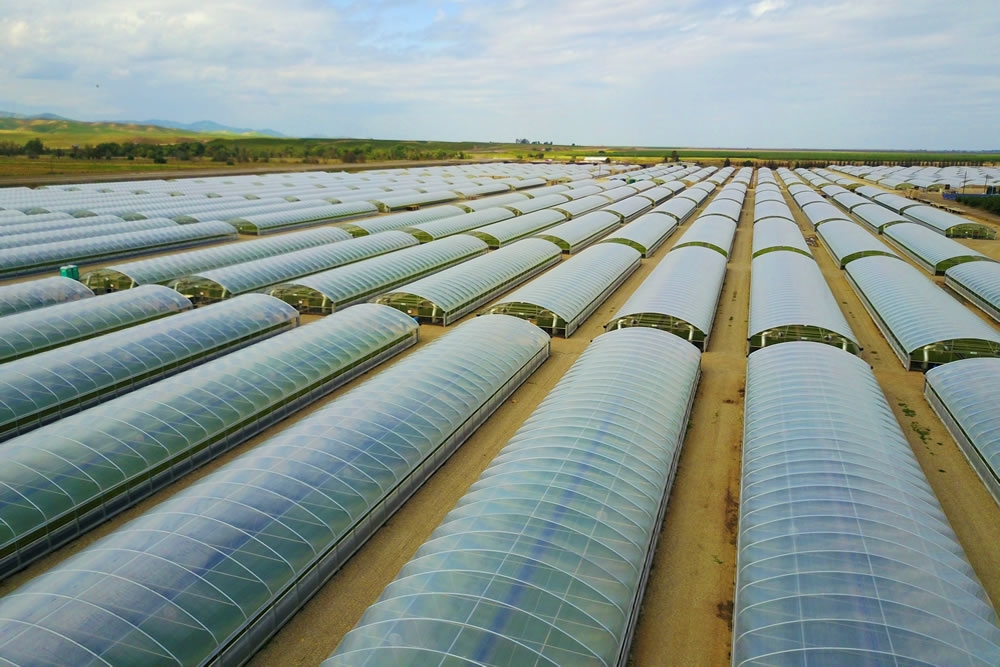 In the end, it all comes down to finding the ideal film for the roof of your greenhouse. “Some people say all the film is the same and it all comes down to price, but I tell them that’s just not true,” Ralles explained. “Each will affect the way the plants will grow, depending on each specific growing situation, so it’s crucial to know the right one for each different type of growing operation. When it comes to greenhouse growing, the sun is probably the only free resource available to the farmer, so my advice is always the same--use it correctly and don’t cut corners and you’ll get the most you can possibly derive from it.

“The main concept is to get the money (the sun’s rays) through the film and to the plant as quickly as you can,” Ralles said. “If there’s condensation on the roof of your greenhouse, it works as a mirror and reflects the sun (the $$) away from your plants, where you want it. Some people say it’s not a problem, because the water evaporates by noon, which allows the sunshine to get in at that point. So, I ask them--do you know the temperature when a leaf starts to shut off? At 82 degrees Fahrenheit a leaf shuts down and stops “eating” the sun, so whoever can get more money into the leaves before they hit 82 degrees Fahrenheit will get an earlier, faster and a fuller crop and make more money than the farmer down the street. Early morning sun is the most valuable. The plant has been growing all night and the first thing it wants in the morning is the sun’s energy.  Around noon, when the leaves hit 82 degrees Fahrenheit they stop eating the sun and then they begin making sugars and starches to use for the energy they need to grow all night. By waiting until the water evaporates off the roof, you’ve not maximized your business day.”

Getting condensation off any greenhouse roof is a major deal, Ralles explained. “The proper film will feature a ‘sheeting’ affect (AC or ante-condensate or anti-drip) that will prevent (reflective) water drops from forming on top of the underside of the greenhouse roof. Instead the moisture will only be able to condense on the surface as a non-reflective sheet of moistures, very much like Rain X, a product people apply to their car windows for the same reason. You need to install the bottom layer of poly tightly so the moisture then sheets down the slope of the roof. Over inflating in the summer will create a bag near the gutter where the water will accumulate and quickly deplete the AC additive in that area. Keeping film on the roof after the AC effect is worn out will result in longer growing time, increased disease and stretch.

Once you get the money (sunlight) in the house you want to diffuse or shatter the sun’s rays for faster compact growth, Ralles said. “The goal of any greenhouse film is to maximize the available sunlight and shatter it, so that you get less sunlight and stress on the top leaves and more to the bottom leaves this way, the plant absorbs more sun and you make more money. It’s ridiculously simple and if done properly, it will produce amazing plants on a consistent basis.

Heated greenhouses need to have a bottom layer with AC and the IR, infrared Retention, which reduces the loss of re-radiation that departs the house at night. This will save fuel and result in a longer, wormer growing day. The IR does NOT increase the heat buildup during the day. IR films can be made Clear or Diffused. Films can also be made UV transmitting which is best for herb production and better odor and color. 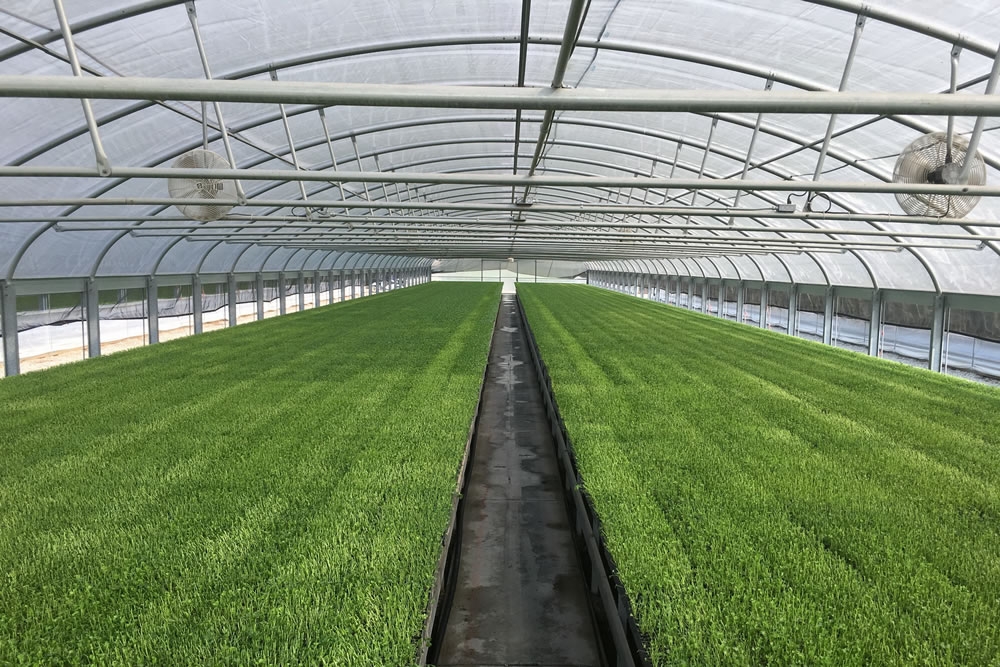 Here are the three main categories for greenhouse plastics:

Polyethylene Film
Polyethylene, or PE film is the most lightweight option for use in greenhouses. Available in large rolls, PE film is not difficult to cut to fit onto your Agra Tech greenhouse’s frame. Makers of polyethylene film manufacture PE film in different grades, based on its durability and the life of the film. One-year film is the least expensive and thereby the thinnest, while four-year film is by far the thickest. Ultraviolet light quickly degrades polyethylene film, so select a film with UV protection embedded in the plastic. Some polyethylene films also have chemical properties manufactured into them to reduce the amount of condensation on the underside of the film. Others are able to slow the loss of energy at sunset and reflect radiated heat back into the greenhouse, much like glass does. This makes the plastic films more energy-efficient.

Double Walled Plastic
It’s possible to install plastic film in a double layer over a greenhouse frame to make the exterior more durable. If you use a double wall of plastic film, you'll need to use an inflation fan to blow air between the two layers to keep them from adhering to each other. Light transmission into a greenhouse through a single layer of PE is 85 percent. The addition of a second layer of plastic film reduces that to 77 percent.

To select the film that will work for you, consult the experts at Agra Tech, Inc. 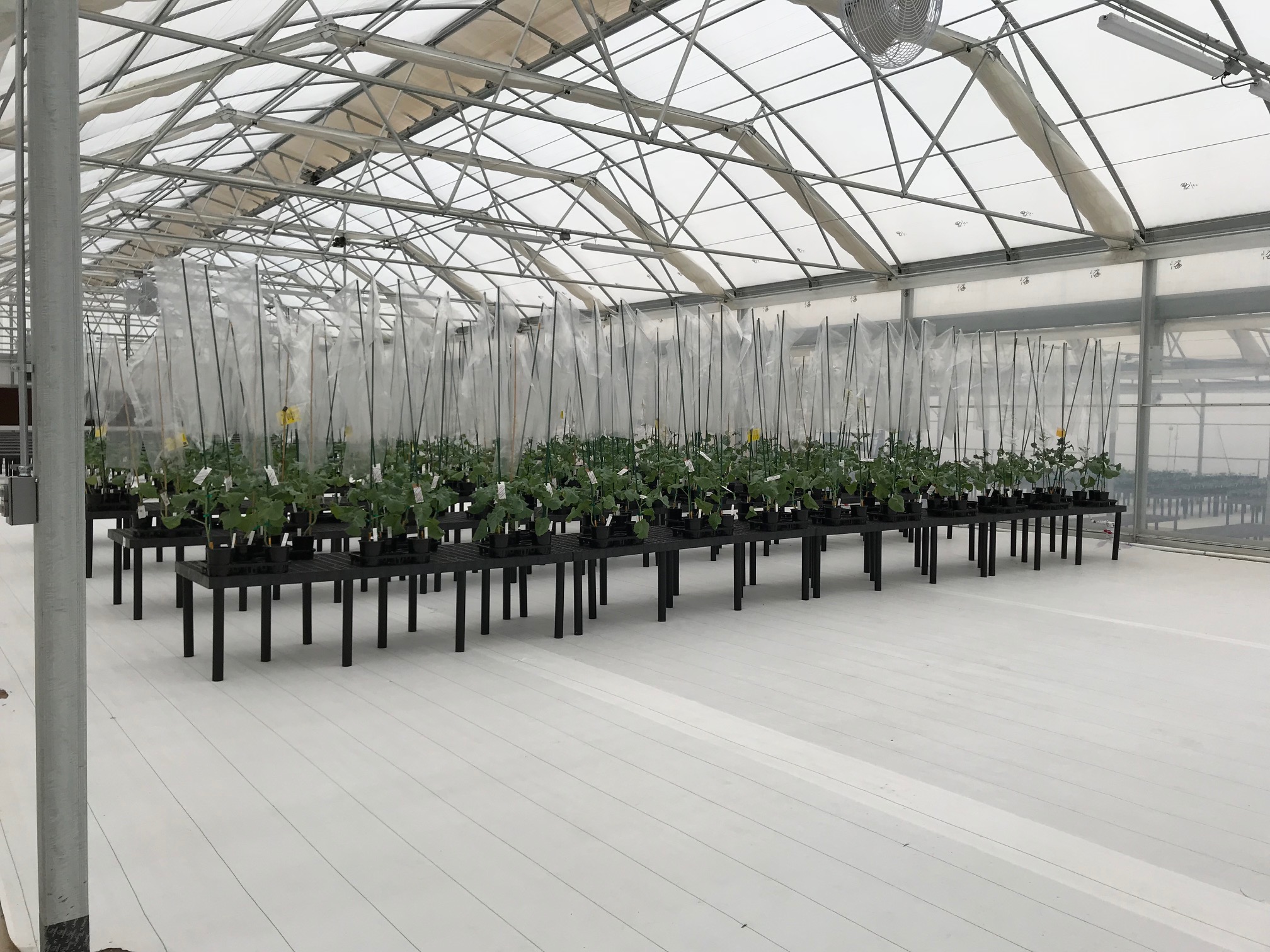 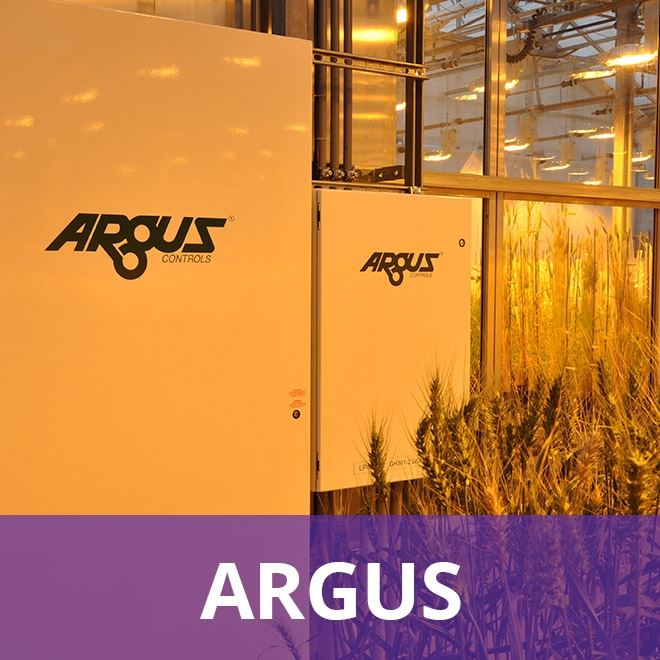