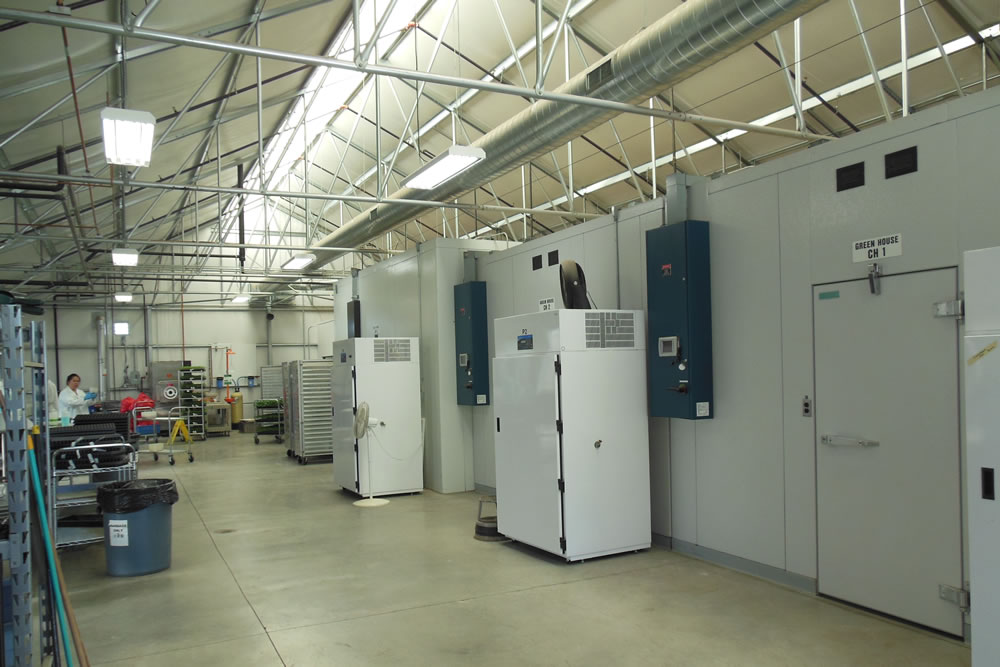 In 2008, two of the world’s leading seed companies merged when Harris Moran Seed Company (a U.S. entity) and Clause Vegetable Seeds, (a French company) joined forces to become a major player in the development and production of vegetable seeds worldwide. Now called HM.CLAUSE, this international company specializes in the breeding, production and commercialization of vegetable seeds in a wide range of varieties for professional growers.

Dedicated exclusively to producing vegetable seeds, HM.CLAUSE is now one of the top five vegetable seed entities in the world. With more than 2,000 varieties within more than 20 vegetable crops, HM.CLAUSE provides cutting-edge solutions to growers from India to Indiana. By establishing business relationships with 14 commercial subsidiaries and local sales networks, HM.CLAUSE features varieties that are available in more than 100 countries. 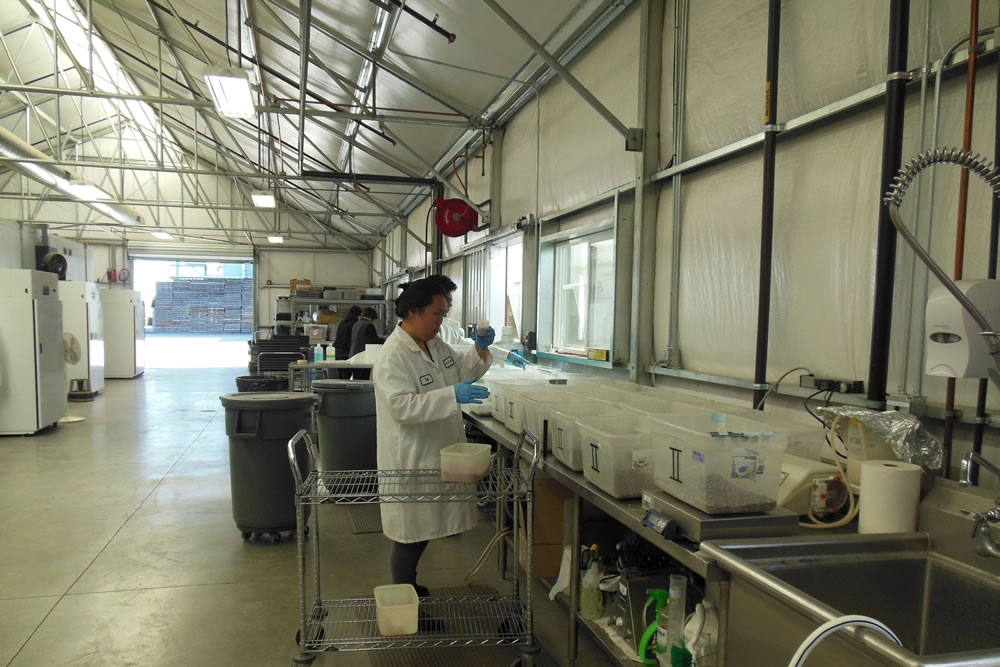 The company has a strong presence in California, with facilities in Modesto, where its quality control department and seed processing operation is located; three locations in Davis, including a Research and Breeding facility and satellite facilities in Nampa, Idaho; Sun Prairie, Wisconsin; Olathe, Colorado; and Immokalee, Florida. HM.CLAUSE also has subsidiaries in France, Mexico, Spain, Guatemala, Italy, Chile, Argentina, Brazil, Australia and more, making them a world-class worldwide operation.

Focusing on tomato, melon, pepper, cauliflower and other brassicas, summer squash, sweet corn and fennel seeds, HM.CLAUSE currently utilizes one head House and three greenhouses built and designed by Agra Tech, one of the world’s leading manufacturers of commercial greenhouses, accessories and greenhouse growing systems and located in Pittsburg, CA.

Mehul Gandhi is the company’s Greenhouse Facility Supervisor and oversees all greenhouse-related tasks at HM.CLAUSE’s Modesto location. He has held this position since the greenhouse became operational and oversees the efforts of two technicians and contract personnel, when needed. Previously, Gandhi held the position of Germination Lab Supervisor at H.M.CLAUSE and has been with the company for approximately seven years.

There were a few minor bumps when the Agra Tech greenhouses were installed roughly three years ago at HM.CLAUSE’s Modesto facility, but any issues were solved post haste, thanks by exemplary customer service offered by Agra Tech. 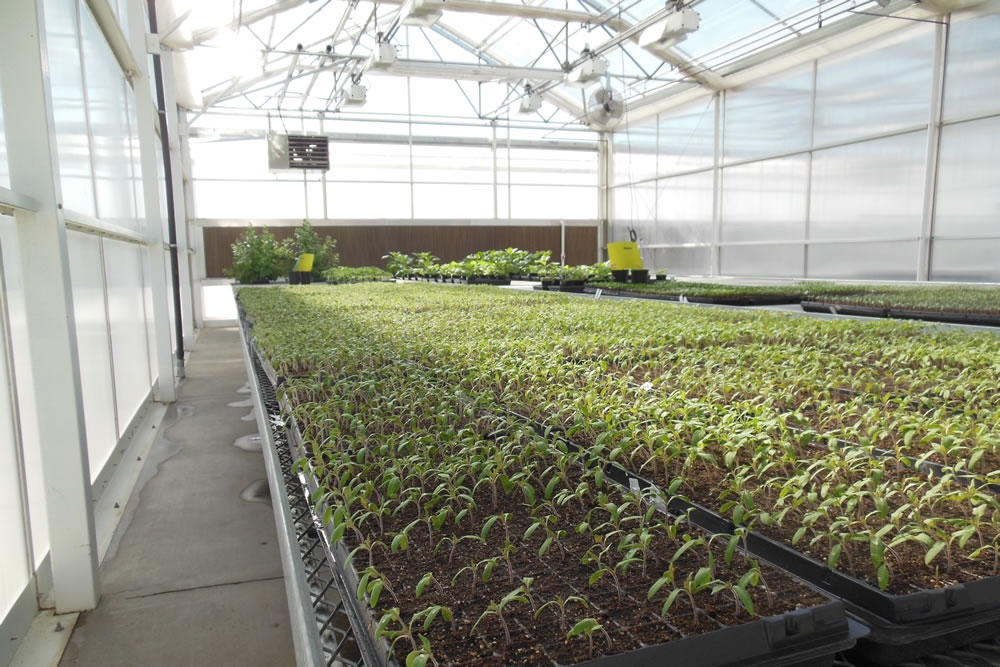 “We had some minor issues with the Agra Tech greenhouses initially, but our salesman Ray Pound with AG Con, the company that installs Agra Tech greenhouses, stepped up and solved them rather quickly,” Gandhi said. “When he discovered a problem, he was here within days and took care of everything. We also work with Agra Tech’s Jim Bergantz, who has been a source of information and a great help.”

“The greenhouses have performed well,” Gandhi explained. “There are three rolling benches in each greenhouse with hot water tubing heating system on the benches. We also have various stages of cooling with the final stage being the automatic shade curtain. This allows us to produce very uniform plants throughout the year.”

Agra Tech helped Gandhi and his crew to find the optimum location for their head house and greenhouses, he said. “We had to figure out how much space we needed and where the Agra Tech greenhouses and head house were to be situated, because we don’t have a huge parcel of land here. But, with Agra Tech’s assistance, we were able to successfully design and set up the buildings and in the summer of 2011, our new quality control lab was operational.”

“All four buildings are connected, which is ideal for what we’re doing,” Gandhi explained. “They allowed us to expand our usable transplant testing. We’ve also been able to expand our vigor and stress testing to ensure that the seed lots chosen for sales can withstand a wide range of conditions.” 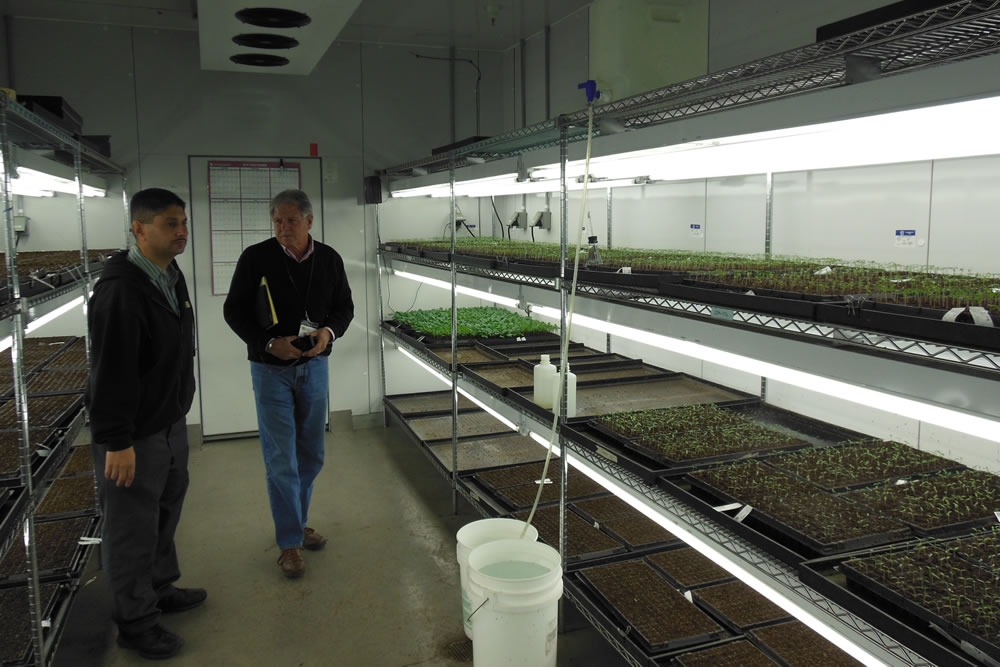 “The head house is where we do all the planting,” Gandhi said. “It has three separate environmentally controlled chambers and we place all of our usable transplants there first, to make sure there’s uniformity and to make sure they are initially grown under the same conditions before we transfer them into one of the greenhouses. Initial germination also takes place in these controlled environment chambers.”

To prevent insects from entering HM.CLAUSE’s head house or greenhouses, Gandhi called upon the expertise of Agra Tech to make it happen. “They helped us to cover all our breezeways with insect screens,” Gandhi said. “Now, not one single insect can get into any of our greenhouses, which is essential. We’re busy year-round, so this is very important.” 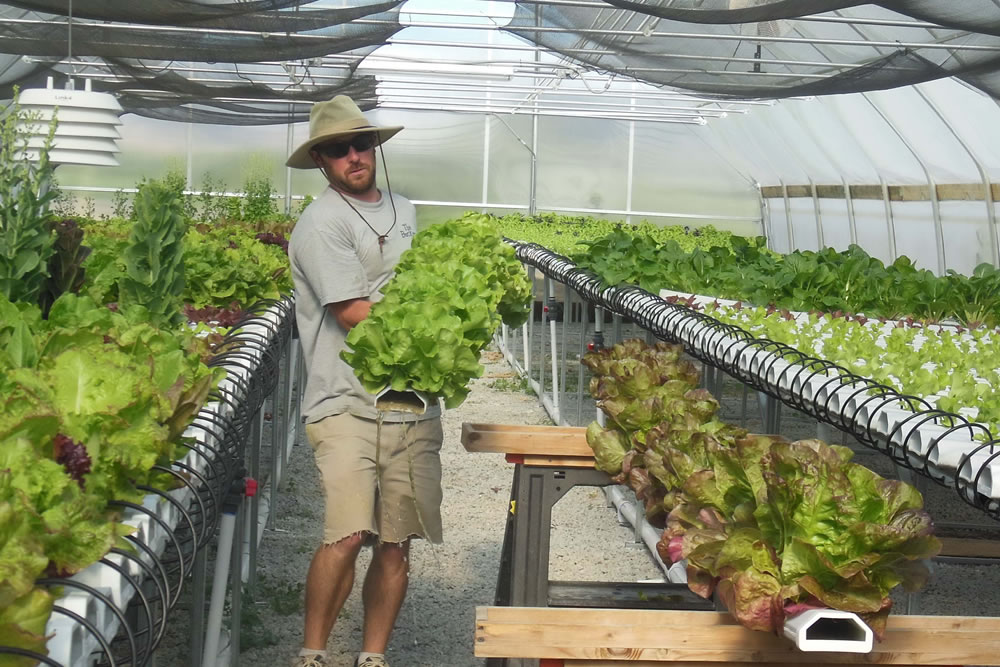 Our relationship with Agra Tech is a very good one. Over the years they have been very supportive of our needs and providing us with outstanding customer service. We have built a very positive relationship with the folks over at Agra Tech.

They are the leaders in their business, and we are leaders in what we do, so it’s a great match. Together we are fully invested in the success of our customers.